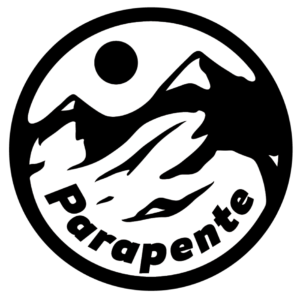 It is popular to say that the company of others favors creativity of artists, that the buzz of the city and experiences stimulate and help to create. For S8jfou, things are different : in order to fully live his music and to produce it, he needed to be isolate in a self-built house in the mountains, far from noises and judgments. His electronic compositions are thus freer. Since 2016, he has gained in popularity among the young producers who love analog sounds and sound synthesis. By focusing on his discography, it is easy to feel a progress, an improvement due to the drastic changes in his life.

The more alone he is, the more accomplished his albums become. “Cynism” is the second to come out of his lonely house, where he is almost self-sufficient. Its name was chosen as a reference to cynical philosophy, especially to the thought of Diogene from Sinope : The Cynic school preaches virtue and wisdom – qualities that can only be achieved through freedom – and is radical against the commonly accepted
conventions, in a constant effort to get closer to nature.

“I discovered how to let go when one is completely alone, to live a trance-like experience when one composes, he says. By living there, I realized we don’t need anything to live. I make fire in the wood stove for heating but also for cooking, I go shopping once a month, a three hours walk away… The rest of the time I create.”

From this album sparks an instant emotion, that of a newly found childhood, “the gifted childhood” evoked by Baudelaire. S8jfou plays around with the songs, he extends them as we suspend time, and invites us to follow him (See you guys on the flip side). He leads us to a radical rave (Happy December 13th), brutal (He od’d on heroin) connecting experimentation and seduction (The Oscar monotron solo, L’Autotrain avec eux).

He navigates peacefully between the enjoyable and resolutely dancing ensemble. He goes through more aerial tracks (Digitall), he charms us with his trumpet (Mickey under every wall) or his melodies on the piano, to better dive back into a stormy path, shaken by his crazy and frantic beats.
Each song seems to evoke a memory, share a life’s moment, which makes it stronger, increasingly tangible. We sometimes feel a sweet nostalgia floating over some ghostly vibe of the album (Fond memories of youth, I miss being a kid).
“Cynism” is an adventurous electronic record. It flies like a dream trying to vanish, leaving a message to the eternal children.

Throughout his life, S8jfou has evolved in urban alternative environments : graffiti, skate, plastic arts… Fields that praise autodidacts, tinkerers, those who make things by themselves. Thus, S8jfou’s music has this handmade side, that makes it all the more fascinating and sensible. This approach led to this self-taught pianist to design two digital synthesizers, reproducing the sound richness of the analog ones. Since it did not exist on the market, he decided to build them by himself, to fit his vision.

And if being alone helps S8jfou to be committed to these different dimensions of his art, it is best to leave him to thrive far from the effervescence in which we are living. The music he composes from his mountain will be even more beautiful.

In Love with a Ghost